Prayers For Infertility And Barrenness

Get this guide and prayers to tackle the problem of infertility and barrenness in marriage. Watch God turn things around.
Follow 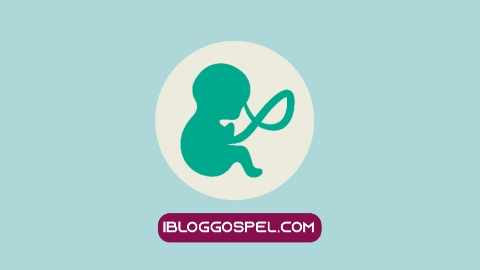 I understand that infertility or barrenness is a serious issue plaguing many marriages. Children are indeed a heritage from the LORD, and the fruit of the womb is His reward (Psalm 127:3). Every marriage is suppose to be blessed with children.
But I want to encourage Christian couples today, do not be quick to declare, believe in or claim barrenness and Infertility upon your marriage. Do not be quick to accept it as a condition that has come to stay in your marriage.
I do not believe in barrenness because I know that everything that looks barren often needs God's intervention for a turnaround to occur. Is there anything too hard for God to do? Surely He's a God of all impossibilities!

Sarah Was Childless Until 90 Years

Recall the story of Sarah? The same woman through whom God was to bring forth many nations (Genesis 17:16) was childless until the age of 90!

Genesis 11:29-30 KJV
And Abram and Nahor took them wives: the name of Abram's wife was Sarai; and the name of Nahor's wife, Milcah, the daughter of Haran, the father of Milcah, and the father of Iscah. [30] But Sarai was barren; she had no child.

The promise was upon Sarah, but even when she did not believe, Abraham didn't give room for doubt or unbelief, and God fulfilled His promise at His appointment time by giving them Isaac.

It was biologically impossible for a woman to have a child at the age which Sarah conceived and bare Isaac, but God still did it anyway. I want to encourage someone today; wait for the Lord; be strong and take heart and wait for the Lord (Psalm 27:14). God is always in time and never late!
Apart from Sarah, there were many other women whom God remembered and gave them children, even at a point where all hope was already lost. Some of them were Elizabeth (the mother of John the Baptist), Rebekah and Rachel.

Genesis 25:21 KJV
And Isaac intreated the Lord for his wife, because she was barren: and the Lord was intreated of him, and Rebekah his wife conceived.

Luke 1:5-7 KJV
There was in the days of Herod, the king of Judaea, a certain priest named Zacharias, of the course of Abia: and his wife was of the daughters of Aaron, and her name was Elisabeth. [6] And they were both righteous before God, walking in all the commandments and ordinances of the Lord blameless. [7] And they had no child, because that Elisabeth was barren, and they both were now well stricken in years.

Infertility is always an opportunity for God to demonstrate His power. One of the major things that makes barrenness persist is when the couple do not know and follow God.
The Lord has vowed that He will not allow barrenness to persist in the home of the righteous.

Exodus 23:26 KJV
There shall nothing cast their young, nor be barren, in thy land: the number of thy days I will fulfil.

He has vowed to restore joy in the home of the childless by actually giving them children. He has vowed to make the barren the joyful mother of children!

Psalm 113:5,9 KJV
Who is like unto the Lord our God, who dwelleth on high, [9] He maketh the barren woman to keep house, and to be a joyful mother of children. Praise ye the Lord.

I have seen a couple who prayed for a child for many years and when the Lord finally decided to open the womb of the woman, it wasn't just a child but children! The first set were triplets. At a point they had to seek assistance of others to take care of the children.
God is always able to do exceedingly, abundantly above what we ask of Him (Ephesians 3:20). We only need to believe!

Things That Could Cause Infertility To Persist

However, there are certain factors that could cause infertility to persist in a marriage. They are as follows:

God is a miracle worker! He isn't yet retired from performing wonders. It is good to patiently wait upon the Lord! But sometimes people may be tempted to seek alternative means to having children.
The moment a couple begins stepping their foot in strange places; in traditional healer/herberlists and witch doctor's huts, that's the moment they begin inflicting even more harm upon their marriage.
Resist the temptation to seek children from Satan. If you successfully conceive by his intervention, don't you know the child belongs to him? And a covenant is established between you and the kingdom of darkness through that child?

There is a part in the story of Abraham and Sarah that I do not like; it is the part where Sarah outrightly doubted, laughed at and spoke against God's promise!

Genesis 18:1-2,9-12 KJV
And the Lord appeared unto him in the plains of Mamre: and he sat in the tent door in the heat of the day; [2] And he lift up his eyes and looked, and, lo, three men stood by him: and when he saw them, he ran to meet them from the tent door, and bowed himself toward the ground, [9] And they said unto him, Where is Sarah thy wife? And he said, Behold, in the tent. [10] And he said, I will certainly return unto thee according to the time of life; and, lo, Sarah thy wife shall have a son. And Sarah heard it in the tent door, which was behind him. [11] Now Abraham and Sarah were old and well stricken in age; and it ceased to be with Sarah after the manner of women. [12] Therefore Sarah laughed within herself, saying, After I am waxed old shall I have pleasure, my lord being old also?

I'm very certain that the only person who provided the needed faith that caused God to fulfil His promise for this couple from Abraham alone!

Genesis 18:13-14 KJV
And the Lord said unto Abraham, Wherefore did Sarah laugh, saying, Shall I of a surety bear a child, which am old? [14] Is any thing too hard for the Lord ? At the time appointed I will return unto thee, according to the time of life, and Sarah shall have a son.

We shouldn't be faithless; we shouldn't be quick to speak out against the words and promises of God upon us, simply because we don't see them fulfilled just yet. Without faith it is impossible to please or receive from God (Hebrews 11:6, James 1:7).

Lack of Agreement Between Couples

One of the most overlooked reasons why childlessness can persist in a home is lack of agreement between couples.

Matthew 18:19 KJV
Again I say unto you, That if two of you shall agree on earth as touching any thing that they shall ask, it shall be done for them of my Father which is in heaven.

God works better for couples who can agree on what they want and what they want Him to do for them. For instance, the man shouldn't want a male child while the woman insists on having a female child. Such form of disagreement isn't a joke and can cause God to hold back concerning giving children until the couple comes into agreement concerning what they actually want.

Unconfessed sins like abortion during the youthful years of a couple can cause the problem of childlessness to persist in a marriage.
God hates abortion but it is not an unforgivable sin. One of the most overlooked factors that causes infertility and barrenness to persist in marriage is unconfessed sin of abortion.
Married couples should be open with each other enough to admit their faults. If they had done any abortion in the past they should confess this sin and ask for God's forgiveness. This can cause the Lord to step in and open the womb of the woman.

Prayer Against Infertility And Barrenness

Pry this way with me. Remember the prayer of the righteous avails much.