What Does The Bible Say About Abortion

Abortion is not expressly mentioned and talked about in the Bible but we've been left with so many clues which we've presented in this article. 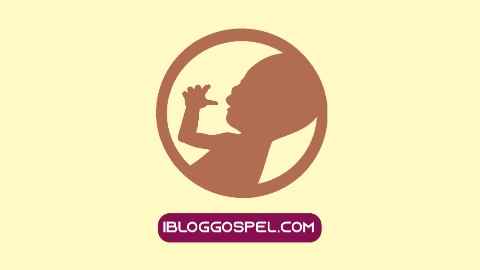 What does the Bible say about abortion? This is the question that often get asked by a good number of Christians; especially those who occasionally contemplate on getting an abortion.
An abortion is a medical procedure that terminates a pregnancy. Abortion is partially or fully legalised in almost all countries of the world.
The practice of abortion is seen as a healthcare requirement for millions of women and girls. A globally estimated 1 in 4 pregnancies end in an abortion yearly.
The world sees abortion as a health care need, but the case should be different with Christians. We should see abortion for what it is: murder.

Although the world sees committing abortion as a lifestyle or a normal way of life, it shouldn't be so with Christians. So if you have been searching for Bible verses to justify committing abortion, sorry to disappoint you, there is none.

Is Abortion A Sin

Is abortion a sin? Here's yet another popular question that often gets asked. Yes, abortion is a sin.
Although the Bible doesn't directly use the word "abortion", we know what an abortion is all about. Abortion is the termination of a pregnancy by removal of the fetus. The fetus is often the newly formed baby in the womb—throbbing with life.
Even though a fetus is an underdeveloped baby, we know that everyone came from it. Even those who undergo abortion came from the same fetus they strive to destroy.
If humans are born from a fetus, what then can we call the termination of that same fetus? Isn't that murder? Yes, that's a gruesome murder; a full human killed before they have the opportunity to see the light of the day.

Statistics from WHO has it that, every year on earth, an estimated number of 40-50 million abortions are committed. If we put that into calculation, we'll arrive at approximately 125,000 abortions per day. Just imagine the number of unborn babies that get killed in a single day!
This year alone, an estimated number of 33,246,050 abortions have already been done worldwide and still counting.
I believe people shouldn't get pregnant if they don't want a baby. If a woman has an unintended pregnancy, it's much better she keeps the baby or gives it out for adoption. There are many good people out there looking for babies to adopt. Before contemplating on an abortion, understand that you are just about to terminate a life that you didn't give.

What Does God Say About Abortion

Exodus 21:22 KJV
If men strive, and hurt a woman with child, so that her fruit depart from her, and yet no mischief follow: he shall be surely punished, according as the woman's husband will lay upon him; and he shall pay as the judges determine.

In the old testament, if people caused a woman to have a miscarriage, a mischief (in form of a curse) or punishment was suppose to follow them. Some may say 'it's just the old testament'. But most of what we have in the OT still applies to our Christian living today. For instance, fornication wasn't allowed in the old testament and even in the new testament, it's still a sin. God hasn't yet lowered His standards.
If such a punishment was metted out on those who caused a woman to have a miscarriage, do you then think God would applaud those who commit abortion? That's clearly not in His character.
The punishment for abortninists and their clients should actually be more grievous.

Is Abortion In The Bible

There is no explicit statement about abortion in the Bible, but we can seize this opportunity to talk about how precious the life of an unborn baby is to God.

God Ensures The Safety And Safe Delivery Of Babies

Psalm 22:9 NIV
Yet you brought me safely from my mother’s womb and led me to trust you at my mother’s breast.

Psalm 139:13 KJV
For thou hast possessed my reins: thou hast covered me in my mother's womb.

Isaiah 49:1 KJV
Listen, O isles, unto me; and hearken, ye people, from far; The Lord hath called me from the womb; from the bowels of my mother hath he made mention of my name.

Jeremiah 1:5 KJV
Before I formed thee in the belly I knew thee; and before thou camest forth out of the womb I sanctified thee, and I ordained thee a prophet unto the nations.

Because Babies Are Valuable To God, He Forms Them With Extreme Care And Diligence

Psalm 139:14-15 KJV
I will praise thee; for I am fearfully and wonderfully made: marvellous are thy works; and that my soul knoweth right well. [15] My substance was not hid from thee, when I was made in secret, and curiously wrought in the lowest parts of the earth.

If a fetus is this precious to God, why then would anyone kill them? Some of you reading this wouldn't had lived to see what the planet earth looks like if you were aborted. Many great people we have today wouldn't had existed if their mother aborted them before they were born. It's better to not make a baby than to make one and kill it.

The good news is that God forgives those who commit abortion of their sin. If we quickly go over the story of the adulterous woman in the Bible, we'll find Jesus' response and how it represents God's mind towards those who have committed abortion.

John 8:11 KJV
She said, No man, Lord. And Jesus said unto her, Neither do I condemn thee: go, and sin no more.

The Lord's response to the sin of the adulterous woman was, "Go and sin no more!" He didn't tell her, "Go on sinning and I'll keep forgiving". Forgiveness stems from God's mercy but we can't run our Christian life on mercy but obedience—total obedience. Mercy is just a second chance given us to correct our wrongs and do right.

Romans 6:1 KJV
What shall we say then? Shall we continue in sin, that grace may abound?

God doesn't condemn those who have committed abortion, but if they need to be forgiven, they need to confess and forsake their sin. No more abortions!

I believe many questions pertaining to God's mind concerning abortion have been answered in this article. It's then left for us to choose to apply it to our lives.
If you happen to find a Christian (or anyone) who is contemplating on committing an abortion, you can recommend this article and blog to them or use the knowledge you've gained here to teach them.
God forgives every sinner (including those who have had an abortion). But we cannot afford to continue killing and asking for forgiveness. The punishment could be eternal separation from God and I'm sure none of use wants that.
If you found this article helpful, do not hesitate to share with someone else.
God bless you!