Prayer Of The Righteous Availeth Much

The Bible says that the prayer of the righteous avails much. Let's take a closer look and see what this means in this article. 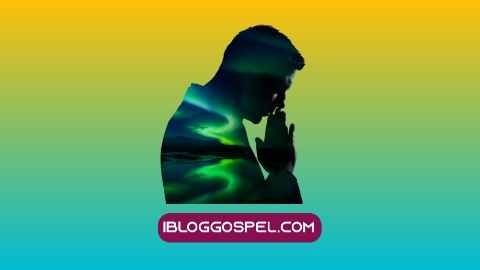 The popular belief is that prayer is powerful (and I completely agree). But you will agree with me also that not every Christian's prayer has the same level of potency.
There is an exception: the Bible states clearly that the prayer of certain persons operate at a higher level.

James 5:16 KJV
Confess your faults one to another, and pray one for another, that ye may be healed. The effectual fervent prayer of a righteous man availeth much.

The Prayers Of The Righteous Availeth Much

Prayer is a mystery. With it many have achieved great feats—things they wouldn't had been able to do with their own capabilities. With prayer many have broken limits. With prayer men have made impossibilities possible!
The power in prayer is so enormous; I believe just a few people have been able to harness it to a great extent. And there are many others who still have a hard time harnessing up to half of the potency in prayer. But the Lord has given us a clue in His Word.
The secret is simple: If you want to get beyond the level where the average Christian operates in prayer, be righteous and harness the fullness of that righteousness to empower your prayer life!

Who Is Righteous In The Bible?

2 Corinthians 5:21 KJV
For he hath made him to be sin for us, who knew no sin; that we might be made the righteousness of God in him.

The scripture above makes us understand that "we are made righteous through Him". Just as the Father looks as Jesus and sees Him as an epitome of righteousness, the same way He looks at us and sees righteousness—because we are in Christ and Christ is in us:

Who then is righteous? It is the individual who believes in and has welcomed Jesus Christ into their heart as their personal Lord and Saviour.

What Is The Availing Prayer?

James 5:16 tells us that it is the prayer of the righteous that avails much!
By default, every genuine Christian is righteous. But how come some Christians still have a hard time receiving results for their prayers? How is it that some still struggle to move mountains with prayers? The common reason is that they are not harnessing their righteousness in full to make their prayers effective.
Let's tell ourselves the truth, not everyone's prayer carry the same weight. How is it that a Christian still goes to another Christian for prayers? Likely because they know that person's prayers avail more than theirs. That is a man who has been able to lay hold of the fullness of his righteousness to make his prayers avail much!
The availing prayer is the prayer that moves mountains. It is the prayer that up roots and shatters hindrances. It is that prayer which reverses anomalies wrought by the enemy. It is the prayer that strikes to utter destruction the works of darkness!
If we do not apply the principles of effective prayer, then prayer may always seem like a waste of time and energy—they will not avail much!

What Are The Characteristics Of A Righteous Man?

Below we will further look into how to become that righteous person whose prayers avail much.

Ephesians 2:8-9 KJV
For by grace are ye saved through faith; and that not of yourselves: it is the gift of God: [9] Not of works, lest any man should boast.

A righteous man is saved by Grace through faith in Jesus Christ. The righteous man whose prayers avail much knows how to completely lean on this Grace to draw from it and make his prayers sharp and powerful.

Hebrews 10:38 KJV
Now the just shall live by faith: but if any man draw back, my soul shall have no pleasure in him.

One of the major reasons why the prayer of certain Christians lack the capacity to achieve its purpose is lack of faith.

Matthew 21:22 KJV
And all things, whatsoever ye shall ask in prayer, believing, ye shall receive.

Faith is what fuels and drives prayers to hit their target. Without faith, prayers don't ascend. The righteous man whose prayer avails much has great faith and knows how use it lavishly to produce the expected outcome through prayer.

Acts 6:8 KJV
And Stephen, full of faith and power, did great wonders and miracles among the people.

Psalm 1:1-2 KJV
Blessed is the man that walketh not in the counsel of the ungodly, nor standeth in the way of sinners, nor sitteth in the seat of the scornful. [2] But his delight is in the law of the Lord ; and in his law doth he meditate day and night.

The righteous person whose prayers avail much is also one who fears the Lord. He's obedient to God and principled. He knows he's not expected to do everything everyone else does. He lives a life beyond what the world rates as 'normal'.

Full of The Spirit

Jeremiah 23:29 KJV
Is not my word like as a fire? saith the Lord ; and like a hammer that breaketh the rock in pieces?

God's Word is the sword of the Spirit—a mighty weapon that upgrades and further empowers our prayers. God's word is like fire; it ignites our prayers and make them deadly and unstoppable.
The righteous man whose prayers avail much has the potent Word of God—not in a book but in his spirit.

Ephesians 6:17 KJV
And take the helmet of salvation, and the sword of the Spirit, which is the word of God.

This list may not be exhaustive but I certainly know that every righteous person who has all of these intact in their life will gain access to that dimension of prayer that avails much!

Final Words On Prayer Of The Righteous

It is the will of God that we do not pray just ordinary prayers but prevailing prayers. A lot has been laid at our disposal as Christians. It is needful we lay hold of the fullness of our righteousness through Christ and harness all its full potential to make our prayers avail much.
God bless you.