When Your Obedience Is Complete

Join us as we learn from the Lord on what He means by Our Obedience Being Complete, as seen in 2 Corinthians 10:6. 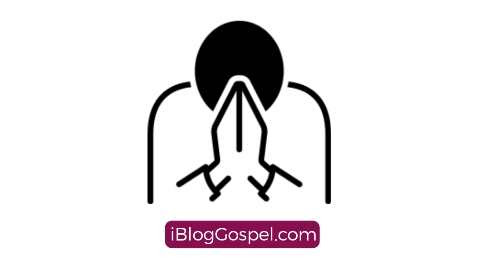 The Lord demands that our obedience be complete. God doesn't want half obedience and half rebellion, He wants it all. He wants all of our being submitted to Him. Let us learn what happens when your obedience is complete.
The discussion in this article will be based on the following:
What does obedience mean? Obedience is simply compliance with an order, request, or law or submission to another's authority.

Obedience to God is loyalty to God. Highlight the Word, "loyalty". In the above definition of obedience, also highlight the word, "compliance". Where there is loyalty there is compliance. When you are obedient to God, you will comply with Him in all that He asks you to do.
Before we go further, take some time to ask yourself these few questions:
"Am I loyal to God?"
"Am I completely loyal to God?"
"Do I comply with God in all He asks me to do?"
"Am I completely submitted to God's authority?"
If your answer to each of these questions is Yes, you do well. It can be said that your obedience is complete. But if there is any of these questions where your answer is No, then there is still work to do.

When Your Obedience Is Fulfilled

James 1:4 ESV
And let steadfastness have its full effect, that you may be perfect and complete, lacking in nothing.

That is the calibre of Church that Jesus is coming back for. It is unfortunate that, in today's Christianity we have made it look like attaining such a level is an impossibility:

Ephesians 4:13 NLT
This will continue until we all come to such unity in our faith and knowledge of God’s Son that we will be mature in the Lord, measuring up to the full and complete standard of Christ.

I that believe we are at that juncture in eternity where Believers need to stop arguing with God and kicking against scriptures when total obedience is demanded.
At this stage in the advancement of the end time Church, we should be in a place where we appreciate everything that is meant to bring us into the place of total alignment with God. We should already be at that level where we chase after obedience in order to reap its fruits.
In the main scripture for today's message, we are told that we have the responsibility to punish or avenge every act of disobedience... but only when our obedience is complete. That is the condition: our obedience must be complete.
We must all come to the place of this understanding that, we were not destined to be pathetic Christians who are struggling to obey God, or contemplating everyday on whether to live in total obedience to God or not.
We were predestined, called and sent to be sons/daughters and ambassadors of God on earth. Heaven already expects us to by-pass the level of obedience to God being a challenge. Because without first bypassing that level, we cannot represent God effectively on earth. It will seem like we are illegitimate sons of God.
He that sinneth is of the devil (1 John 3:8)—there are no two ways about it. If we live in sin, we automatically disown God, while trying to make Satan our father. If the Devil sins and man sins, what exactly is the difference between him and man? If the Devil rebels against God and man as well rebels against God, what is the difference between the two of them?
Sons of God were vested with the responsibility to avenge all disobedience and rebellion against God, not to partake in it. It is a primary calling on all genuine Christians. But how can we do that if our own obedience is not complete? How can we punish disobedience and command obedience when we ourselves are disobedient to God? It is totally impossible!

When obedience is complete there is perfect alignment with God...
In every generation where the Church is noticed to be powerless, the major problem is often that Christians are living in rebellion against God.
If we had more submitted and obedient Christians, we would have more powerful Christians. We would witness uncommon miracles, signs and wonders. We would see many people set on fire for God daily!
The responsibility is vested on us (individually) to attain that level where our obedience is complete. It is at that level that we can truly get on fire for God. When we become a flame, everyone who crosses paths with us will get ignited and set ablaze for God.
The popular Azusa Street Revival was lighted by one man (William Seymour). Just one man! One man attained complete obedience to God, sat down with God and caught the fire! From that one man, the fire spread wide! Every form of disobedience against God that existed around him was punished! People came running, repenting of their sins, pledging total obedience to God and then they also caught the fire!!!
Many sons of God are living below par in my generation. Many are not living up to fullness of who God destined them to be as Christians! It is enough slumber already. Now is the time to rise! Arise and seek the Lord! Arise and submit to Him! Arise and pursue holiness! Arise and pursue total obedience!
Rise! Rise!! Rise and become that deadly weapon through which God punishes disobedience, commands obedience, destroy the works of darkness, set many on fire and reconcile the lost back to Himself!

Father today I have heard your call to walk in complete obedience. I repent for living below Heaven's required standard—below Your expectation. I am ready to walk in total obedience before You, so that I might walk in the fullness of my sonship—in the fullness of all that You destined me to be. Let today's message never depart from my heart. Let it be my driving force from now henceforth. Let it drive me to that place where I become a burning and shining light! A terror to the kingdom of darkness! A weapon of war and a revival starter! A weapon of repentance and reconciliation! This I ask in Jesus Name, Amen!
Remain blessed.