Biblical Meaning Of Airplanes In Dreams 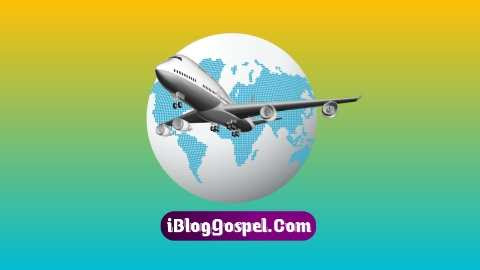 It is not strange to dream about airplanes. Many people have dreamed about boarding flights. Some have dreamed about airplane crashes. Airplane dreams are of common occurrence, both among Christians and non-Christians alike.
Dreams can have serious impacts on our lives, depending on what sort they are. Most dreams require actions on our part, so we must not discard them. It is also very risky to assume that dreams mean nothing.

What Do Airplanes Symbolize In Dreams?

If you had a dream where you saw an airplane, and it was in a good condition, the dream is definitely a good one.
While on the other hand, dreaming about a damaged aircraft or an airplane crash could mean the opposite.
Airplane dreams often speak of our level of progress in life. They often point to how close we are to fulfilling our destiny.
Some aircraft dreams point to the obstacles that are in the dreamer's path to fulfilling their destiny.
In the case of most Christians, airplane dreams could represent the ministry that God has called them to. It is therefore unwise to not take such dreams serious.
Most times, God will show a Christian such dreams, just to give them a clue on where they are currently at in their journey towards destiny.
Sometimes, airplane dreams could speak about the current spiritual state a person or ministry.
It is only in rare cases that airplane dreams mean that one will actually embark on a trip by flight.

Dreaming of Getting a Plane Ticket

To dream of getting your flight ticket symbolize open doors, breakthrough to new places and areas of life, or new opportunities.

Isaiah 43:19 KJV
Behold, I will do a new thing; now it shall spring forth; shall ye not know it? I will even make a way in the wilderness, and rivers in the desert.

Dreaming of Preparing To Take Off In A Plane

Dreaming of an aeroplane which is about to take off, in which you are one of the passengers, is really a good omen.
This dream tells that the dreamer is about to kick-off the course of fulfilling their God-ordained purpose or ministry, and they will do so successfully.
At this stage in life, the dreamer has to be careful with their choices and decisions, so as to avoid wrecking what God is doing in their life.

Dreaming of Taking Off In A Plane

To dream of an airplane actually taking off (with the dreamer as one of the passengers), tells that God has commissioned and launched them forth into walking in their purpose and destiny.
At this stage, there is also a need to be careful with the decisions and choices the dreamer makes, so as to avoid negative outcomes.

Dreams About Flying An Airplane

If you dream about flying an airplane (where you are the pilot), and you're flying it smoothly and in high altitude, this is really a good dream!
This dream speaks of a ministry that is powered by the Holy Spirit, together with the exploits and impacts that ministry will record. It also speaks of supernatural success, progress and prosperity in life.
To fly an airplane in a dream also means that the dreamer is really spiritually sound. Such dreams often indicate that one is Spirit-filled; living and operating by the power of the Holy Spirit.
Flying airplanes can also mean realization of goals and plans.

Biblical Meaning Of Missing A Flight In A Dream

To dream about missing one's flight means missing important and life-changing opportunities in life. Such dreams should not be taken lightly but prayed against and cancelled.

If you dream about your flight being cancelled due to bad weather or other unknown reasons, this means delays and disappointments in life.
God does not disappoint. It is the enemy who wants us to experience disappointments.
We have the authority through Jesus, to frustrate the plans of the enemy against our lives.

Luke 10:19 KJV
Behold, I give unto you power to tread on serpents and scorpions, and over all the power of the enemy: and nothing shall by any means hurt you.

Biblical Meaning Of Dreaming Of A Plane Crash

Dream of plane crash Biblical Meaning can be given as an actual plane crash, but only in rare cases.
Apart from that, such dreams often point to a mishap, an impending danger, or the death of someone prominent or very important (like a parent, a family head or community head).
The thoughts of God as made known to us in Jeremiah 29:11, are good and not evil. It is Satan who plots evil against people, and his plots must not be allowed to prosper.
If you were blessed reading this brief Christian Dream Interpretation on airplanes, kindly share before leaving.
Remain blessed!


⚠
All contents of iBlogGospel are protected by the Digital Millennium Copyright Act 1996 (DMCA). Copying, reproduction, redistribution in any form is strictly prohibited.
Message Me Donate

Dream Of Being Half Dressed

Spiritual Meaning Of Seeing Masquerade In The Dream

Biblical Meaning of Fetching Water In A Dream