Dream Of Speaking In Tongues 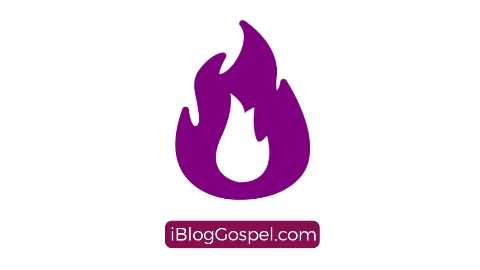 Dream About Speaking In Tongues

Speaking In Tongues While Dreaming

Mark 16:17 NIV
And these signs will accompany those who believe: In my name they will drive out demons; they will speak in new tongues.

Our Lord Jesus Christ made it clear that one of the signs that will follow everyone who believes in Him, will be the ability to speak in tongues, and this isn't limited to speaking in tongues while awake.
If you found yourself speaking in tongues in your dream, embrace and enjoy the experience. The Spirit of God is living, active and working in you.
If a non-Christian finds their self speaking in tongues in their dream, obviously, God is doing a new thing in their life. He wants to save and draw them close to Himself. If this sounds like you, go ahead and pray this salvation prayer.

Dream Of Praying In Tongues

What Does Speaking In Tongues In Your Dream Mean?

Dreams generally fall under three categories:
Dream of speaking in tongues are often very prophetic dreams. In other words, they are often Godly or from God.
If you happen to find yourself speaking in tongues in your dreams, please pay attention to that dream because it comes with hidden details. There is something very important God is trying to make you understand or communicate to you through such dreams. Do not discard them as just 'mere dreams'.

If you saw someone you know speaking in tongues in the dream, such a dream is often a revelation from God, letting you know:

Some Salient Points To Note Concerning Dreams of Speaking In Tongues

Spiritual Meaning Of Speaking In Tongues In Dream

Apparently, there is always a deep spiritual symbolism behind every dream of speaking in tongues. Let's take a look at more of them below:

1. Evidence Of Being Filled With The Holy Spirit

In most cases, speaking in tongues in dreams is often a sign that the dreamer is filled with the Holy Spirit.

Acts 2:4 KJV
And they were all filled with the Holy Ghost, and began to speak with other tongues, as the Spirit gave them utterance.

2. Receiving The Gift Of Tongues

There are instances where certain Christians find themselves speaking in tongues in their dream, yet they are unable to do same while awake. Most of them end up concluding that they do not have the gift of tongues. But this isn't always the case.
Sometimes, speaking in tongues in dreams can be God's way of confirming to such individuals that they truly have the gift of tongues. They just have to go ahead and use it while awake, and then grow into and mature in it.
Another point to note is that, God often gives people spiritual gifts in their dreams. There are many who have reportedly been baptised in and filled with the Holy Spirit in their dreams.
For someone who has been asking for the gift of tongues, seeing yourself speaking in tongues in your dream for the first time could mean that you have received the gift you've been asking God for.

The spirit of a man who has been aligned with God longs for constant communion with God. The Holy Spirit dwells in him, and if such a man is too busy for God while he is awake, his spirit may only be chanced to find expression with God while he is asleep. This could manifest as a dream of speaking in tongues.
See Also: Developing Intimacy With God

1 Corinthians 14:2 KJV
For he that speaketh in an unknown tongue speaketh not unto men, but unto God: for no man understandeth him ; howbeit in the spirit he speaketh mysteries.

The Bible makes us understand that, when a man speaks in tongues, it is the Holy Spirit in him who communes with God through his human spirit (Romans 8:28, 1 Corinthians 14:14).
The Holy Spirit communes with the Father in Heaven and draws down Heavenly downloads into the human spirit via speaking in tongues. Sometimes people can be too busy, the Spirit may only have the opportunity to commune with God via dreams of speaking on tongues (while the person is asleep).

Final Words On Dreams Of Speaking In Tongues

What does it mean when you speak in tongues in your sleep? It is obvious that these dreams could reveal that you are a very spiritual person, God is doing something powerful in your life, you are very prayerful, you need to draw closer to God, you have received the gift of tongues, and the list goes on.
Beloved, I trust that after reading this dream interpretation concerning speaking in tongues in dreams, there will no longer be left any room for confusion as to why you see dreams of speaking in tongues.
If you found this dream interpretation helpful, remember to recommend our blog to others.
God bless you.