Benefits of Praying In Tongues 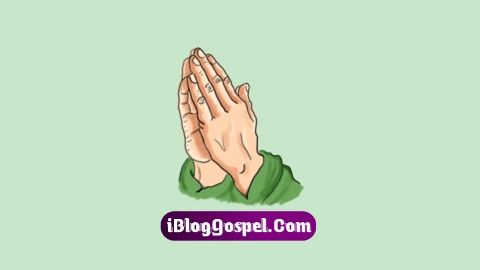 What Does The Bible Say About Speaking In Tongues?

1 Corinthians 14:1-2 KJV
Follow after charity, and desire spiritual gifts, but rather that ye may prophesy. [2] For he that speaketh in an unknown tongue speaketh not unto men, but unto God: for no man understandeth him; howbeit in the spirit he speaketh mysteries.

The Bible makes us understand that...

Is Speaking in Tongues nonsense?

There are people who think that speaking in tongues is nonsense. But if you check closely, you'll always find out that they are neither genuinely saved nor filled with the Holy Spirit.
The natural person does not accept the things of the Spirit of God, for they are foolishness to him, and he is not able to understand them because they are spiritually discerned (1 Corinthians 2:14).

Can you be taught to speak in tongues?

Acts 10:44-47 KJV
While Peter yet spake these words, the Holy Ghost fell on all them which heard the word. [45] And they of the circumcision which believed were astonished, as many as came with Peter, because that on the Gentiles also was poured out the gift of the Holy Ghost. [46] For they heard them speak with tongues, and magnify God. Then answered Peter, [47] Can any man forbid water, that these should not be baptized, which have received the Holy Ghost as well as we?

The same thing had earlier happened to the Apostles on the day of Pentecost. They received the Holy Spirit together with the gift of tongues.

Acts 2:4 KJV
And they were all filled with the Holy Ghost, and began to speak with other tongues, as the Spirit gave them utterance.

Does Everyone With The Holy Spirit Speak In Tongues?

Is Speaking In Tongues For Every Believer?

Not all Christians have the same spiritual gifts. God decides who He gives certain gifts to. The gift of tongues is no doubt a powerful gift, we should all desire it, ask God for it and receive it. That is the right way to get a spiritual gift. And we shouldn't use any spiritual gift as a yardstick to validate or invalidate another person's salvation.

The gift of tongues come to the Believer as one or more of the following:
When a Christian speaks in diverse kinds of tongues, their utterance can be understood and interpreted for the benefit of the listeners.  This is why some of the on-lookers were able to understand (in their own dialect) what the Apostles were saying in tongues on the day of Pentecost. Diverse kinds of tongues is scripturally approved for public use, with the availability of an interpreter (1 Corinthians 14:27-28).
The ability to interpret tongues also falls under the gift of tongues family. There are Christians who have this gift and there are others who have it together with the first.
Then, there is also the gift tongues as a prayer language. This gift is mainly for private use.

Romans 8:26 KJV
Likewise the Spirit also helpeth our infirmities: for we know not what we should pray for as we ought: but the Spirit itself maketh intercession for us with groanings which cannot be uttered.

When Christians gather to rattle in tongues, it is always nothing but the prayer language that is in use. This is uncalled for. The prayer language is not given for a public show-off, it has a higher purpose. It must be used productively.
It is better if people pray more in tongues in their private space than in public. There's nothing to gain from roaring in tongues and sweating in church, while neglecting private prayer. Jesus rates this as hypocrisy (Matthew 6:6), it should be avoided at all cost.

Benefits of Praying In Tongues

Do you have the gift of tongues as a prayer language? It is time to make the best use of it.

1 Corinthians 14:4 KJV
He that speaketh in an unknown tongue edifieth himself; but he that prophesieth edifieth the church.

Is Praying In Tongues More Effective?

Praying in tongues is definitely a more effective way of praying. It is like an upgrade to the Christian's prayer life.

How Often Should One Pray In Tongues?

We are instructed in the holy scriptures to pray without ceasing (1 Thessalonians 5:17). Pray in tongues as much as you can daily.

Benefits of Praying In Tongues For Hours

Final Words On Praying In Tongues

There are many Christians out there who have tasted the power behind praying in tongues. Some of them have read or are reading this article.
The gift of tongues is not better than all other gifts of the Holy Spirit. But it is a powerful gift that every Christian should have.
This amazing prayer language is something every Christian should crave and get from God. If you don't have it and you want it, you should ask and receive from God.
Learned tongues are powerless. If the tongues you currently possess was learned, you should repent and ask God to give you the real gift.
Beloved, I trust that you learned something new by reading our article on benefits of praying on tongues.
God bless you.