Jesus had manifested with so much power. And on deciding to visit His home country, instead of a warm welcome, He was met with contempt and rejection. 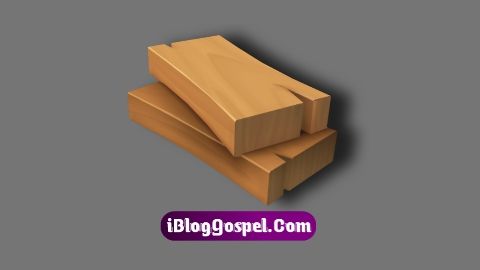 After His temptation in the wilderness, Jesus Christ had manifested with so much power. He did many signs and wonders in Galilee and His fame spread abroad.
Then Jesus decided to visit his home country, Nazareth—where He was born. On His arrival, it was a sabbath day. And according to the custom of His country, He went into the synagogue where He taught with so much wisdom.
Marvelling at the wisdom with which He spoke, those in the synagogue began to murmur among themselves asking, "Is this not the carpenter's son? Is this not the little boy we knew? Are not his brothers James and Joseph and Simon and Judas? Don't we know His parents? Where did He get such wisdom and mighty works?" And they became bitter about Him.
The people of Nazareth were amazed at the wisdom which Jesus displayed. But instead of being grateful and glorifying God for the fact that their own had become enlightened, they took offence at Him.
They became defensive about the man they had known as a small boy. He was now obviously more spiritual and wiser than they were. The elders in the synagogue got mad. "How can a little boy become so spiritually enlightened all of a sudden, even more than us?"
Their ego and mediocrity manifested full-fledged. Instead of repentance and humility, they resorted to more arrogance and pride.
This is often the reaction from those who have known us for a long time—long before God transformed and elevated us. This is always the reaction from many elders in the Church towards young ministers of the Gospel, who all of a sudden have advanced spiritually—way beyond their expectation.
Many young ministers of the Gospel are seen as a threat. Their youth despised.
For the sake of familiarity, those in Jesus' hometown bred contempt in their hearts against Him, and rejected Him. The damning indictment on such a destructive choice was that, "He did not many mighty works there because of their unbelief".
As if that wasn't enough, they rose up and thrust Jesus out of the city. Sad, and so unnecessary.

If They Rejected Jesus, They Will Reject Us

John 15:20 KJV
Remember the word that I said unto you, The servant is not greater than his lord. If they have persecuted me, they will also persecute you; if they have kept my saying, they will keep yours also.

Rejection is one of marks of a genuine minister of the Gospel. Nevertheless, if you are false and got rejected, that's righteous and perfect. But if you're genuine and faced rejection from church folks, understand that it is scriptural and expected.
If everyone loves and endorses you, then you're in trouble. Even Jesus said so:

Luke 6:26 KJV
Woe unto you, when all men shall speak well of you! for so did their fathers to the false prophets.

What To Do In The Face of Rejection

The first category of rejection will often come from church folks (not outsiders or unbelievers). Carnal Christians will always wish they were in the shoes of those who have advanced spiritually than them. Not because they want to do God's work, but because they want to be seen, and receive praises from man.
Those who rejected Jesus in the temple were preachers and people who were well-versed in scriptures. Rejection shouldn't take you by surprise. Always expect it.

Understand that due to familiarity, certain people will not believe in your ministry or calling. It is their choice and you may not be able to change that. It is also likely that you are not called and sent to them. So focus on those who believe in your calling and ministry.

3. Understand You Are Not Sent To Everyone

Luke 4:25-27 KJV
But I tell you of a truth, many widows were in Israel in the days of Elias, when the heaven was shut up three years and six months, when great famine was throughout all the land; [26] But unto none of them was Elias sent, save unto Sarepta, a city of Sidon, unto a woman that was a widow. [27] And many lepers were in Israel in the time of Eliseus the prophet; and none of them was cleansed, saving Naaman the Syrian.

You are not called and sent to everyone. Even Jesus got rejected by His own. It was the Gentiles who accepted the Gospel with open arms. The Pharisees and Scribes knew too much already.

John 1:11 KJV
He came unto his own, and his own received him not.

Not everyone is connected to your destiny and ministry. Those who were destined to sit under your ministration will do so without being disgruntled.

We shouldn't allow familiarity and age to deny us the privilege of hearing what God has to say to us through another vessel.
It is not a competition. We exist to compliment and edify each other unto maturity in Christ.