Christians are supposed to be God's Battle axe; mighty weapons of war against the kingdom of darkness. 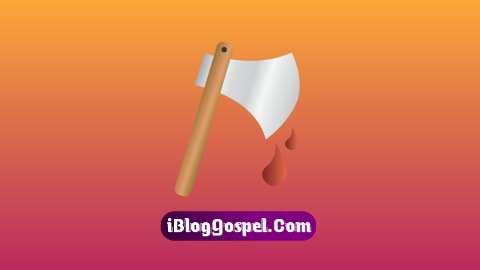 The battle is the Lord's, that's a common saying among Christians today. And it is true. But that does not imply that we are immune to spiritual attacks. No Christian has outgrown spiritual attacks. Let's learn how to become God's battle axe in today's teaching.
Right from when the enemy was thrown out of Heaven to the earth, the inhabitants of the world (especially Christians) have come under intense attacks from him.
The enemy knows that his time is short and is working extra-time; making sure to use every available weapon in his arsenal against the Church.
God needs vessels through which He'll squash the works of the enemy. The battle is the Lord's but He needs vessels on earth through which He'll dismantle the works of darkness and establish His kingdom. We are sent on earth to be those vessels.

The Bible never told us that because the battle is the Lord's, that we are to live without prayer and care less about the enemy's activities against the Church, then God will fight for us.
The enemy never rests. Therefore we should not go to sleep assuming nothing will happen while the enemy goes to work.

1 Peter 5:8 KJV Be sober, be vigilant; because your adversary the devil, as a roaring lion, walketh about, seeking whom he may devour.

Why We Must Become God's Battle Axe

As God's ambassadors, right now we're not here on earth to rest. We're here to work. The watchman should not be sleeping when he is supposed to be watching and praying. It is while men sleep that the enemy does his worst.

Matthew 13:25 KJV But while men slept, his enemy came and sowed tares among the wheat, and went his way.

The enemy knows that God is raising a dreadful end time army and that they're going to crack down on his works. That is why he is also intensifying spiritual attacks (especially) against these breed of Christians.
While I do not deny the fact that the battle is the Lord's, I do not endorse the idea that He expects us to be a sleeping and lukewarm Church, and watch Him fight for us.
Many Christians have died untimely deaths due to the fact that they refused to be God's battle axe. And one of the causes is "The battle is the Lord's" messages being wrongly taught in many Christian circles.
You are a soldier in God's end time artillery and soldiers are equipped and always ready for battle.
The enemy is battle-ready at all times; throwing fiery darts here and there and loosing his cohorts against the Church.

1 Peter 5:8-9 KJV Be sober, be vigilant; because your adversary the devil, as a roaring lion, walketh about, seeking whom he may devour: [9] Whom resist stedfast in the faith, knowing that the same afflictions are accomplished in your brethren that are in the world.

There is an urgent call on us to let God use us as His battle axe in these last days. The Lord has made available for us all that is required for us to be effective in His Army. We only need to harness them.

Mark 16:17-18 KJV
And these signs shall follow them that believe; In my name shall they cast out devils; they shall speak with new tongues; [18] They shall take up serpents; and if they drink any deadly thing, it shall not hurt them; they shall lay hands on the sick, and they shall recover.

Luke 10:19 KJV
Behold, I give unto you power to tread on serpents and scorpions, and over all the power of the enemy: and nothing shall by any means hurt you.

A Few People in the Bible Who Were God's Battle Axes

Judges 7:18 KJV
When I blow with a trumpet, I and all that are with me, then blow ye the trumpets also on every side of all the camp, and say, The sword of the Lord, and of Gideon.

The warfare that the Church is experiencing today is more of a spiritual one. And the Lord desires to use us in a mightier dimension as we yield to this bidding.

Below are some traits that must be present in everyone who is ready to be used as God's battle axe.

God's battle axe is forged in God's refiner's furnace. Swords, clubs and axes were all initially raw and rough metals passed through blazing fire, purged and beaten into shape.
Just as soldiers who are first sent through rigorous training before they're fully grafted into the military, God takes His time to prepare His weapons of war.
We must be willing to go through this process in order to get well-equipped to crack down on and shatter the works of darkness.

God's weapons of war have sharp cutting edges and must remain that way in order to remain useful to Him. Carnality of any sort blunts our sharp cutting edge. God's battle axe must stay sharp and deadly at all times.

3. Always Available For Use

It is one thing to be well-equipped for battle and it is another to be available when the Lord has need of us. God's weapons of war must always be available and ready for His use whenever He needs them to destroy the works of Satan.
They must also be flexible and easy to use by letting go of their self-will. They must be willing to confront the enemy anytime, any day, when necessary.

Jeremiah 1:10 KJV
See, I have this day set thee over the nations and over the kingdoms, to root out, and to pull down, and to destroy, and to throw down, to build, and to plant.

You are God's battle axe and He wants to use you to root out, pull down and destroy the works of the enemy in your family, community and country. Submit to Him and let Him work on you for this very purpose.
God bless you!