Who Is The Greatest In The Kingdom?

Who is the greatest in the kingdom of God? Jesus takes us on yet another adventure, revealing to us the secret to greatness in His kingdom. 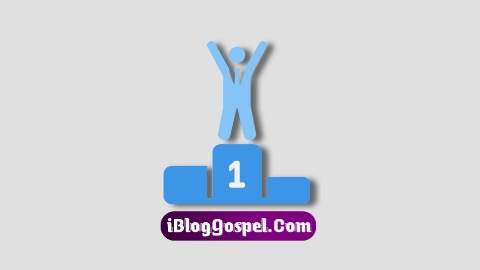 The Greatest In The Kingdom

Matthew 20:25-27 KJV
But Jesus called them unto him, and said, Ye know that the princes of the Gentiles exercise dominion over them, and they that are great exercise authority upon them. [26] But it shall not be so among you: but whosoever will be great among you, let him be your minister; [27] And whosoever will be chief among you, let him be your servant.

The holy Bible contains happenings that were carefully orchestrated by Heaven and documented for our learning.
During the earthly ministry of Jesus Christ, we'll notice that different people often came up to Him, asking Him different questions.
Some came with diverse requests, while others came to tempt and trap Him by His words. But through it all, the Lord always gave the best response, leaving many great lessons to be learned by subsequent generations.
On one occasion, two of Jesus' disciples, James and John (the sons of Zebedee) had connived with their mother to ask Jesus for a particular thing:

Matthew 20:20 KJV
Then came to him the mother of Zebedee's children with her sons, worshipping him, and desiring a certain thing of him.

You might wonder why these two refused to go directly to the Lord to make their request. They were disciples of Jesus Christ. They walked with Him on a daily basis. They ate with Him. They were close to Him. What then could stop them from simply making their request known to Him?
This tells us that they already knew deep within their hearts that they were seeking for the wrong thing from Jesus. Their conscience blamed them, but their greed wouldn't let them listen.

Matthew 20:21 KJV
And he said unto her, What wilt thou? She saith unto him, Grant that these my two sons may sit, the one on thy right hand, and the other on the left, in thy kingdom.

The Lord marvelled. The state of their hearts just got revealed and it was horrible to behold. They got it all wrong. The Lord had to put their mindset back in order.
Why would the sons of Zebedee desire to sit, each by the right and left hand of the Lord, above all other disciples? When other disciples heard what their request was all about, they were irritated.
James and John had just attempted to bride their way to the top in God's kingdom. Wow! So bold. These two clearly did not know what being a follower of Jesus was all about. They were after positions, not service.
Jesus had to call all the disciples together and made them understand one thing: that the greatest in the kingdom is the servant of all.

Matthew 20:25-28 KJV
But Jesus called them unto him, and said, Ye know that the princes of the Gentiles exercise dominion over them, and they that are great exercise authority upon them. [26] But it shall not be so among you: but whosoever will be great among you, let him be your minister; [27] And whosoever will be chief among you, let him be your servant: [28] Even as the Son of man came not to be ministered unto, but to minister, and to give his life a ransom for many.

The Kingdom of God isn't about lobbying for positions, having selfish ambitions or seeking self-elevation. In the kingdom, the way up is down. For whosoever shall exalt himself shall be abased; and he that shall humble himself shall be exalted (Matthew 23:12).
The kingdoms of this world and the kingdom of God operate different principles. Worldly rulers might put themselves on a pedestal; to see others as their subordinates, look down on them and order them around. But it cannot be so in the kingdom of God.

Most times, people seek positions in church because they want to be seen, not because they want serve. They want everyone to notice, hold them in high esteem and hail them. Jesus says this isn't the way it is done.
Greatness in the kingdom of God is obtained through humbly serving the Lord and His Church (irrespective of where we find ourselves). A leader in the kingdom of God must be a servant leader, not a dictator.
Do you want to be great? Seek to serve. Jesus Himself came to serve and not to be served. What followed next was His elevation to the right hand of the Father—with a name that is above all names (Hebrews 1:4-13, Philippians 2:5-9).

Philippians 2:5-9 KJV
Let this mind be in you, which was also in Christ Jesus: [6] Who, being in the form of God, thought it not robbery to be equal with God: [7] But made himself of no reputation, and took upon him the form of a servant, and was made in the likeness of men: [8] And being found in fashion as a man, he humbled himself, and became obedient unto death, even the death of the cross. [9] Wherefore God also hath highly exalted him, and given him a name which is above every name.

If we elevate ourselves, God will abase us. If we have self-promotion we will lose God's promotion.
This is the criteria for greatness in the kingdom.

Thank you Father for revealing to me today, the secret to greatness as a Christian. Enable me to walk blamelessly before you. Help me to serve you wholeheartedly, and with no hidden and selfish agenda. This I ask in Jesus Name, Amen.
God bless you!